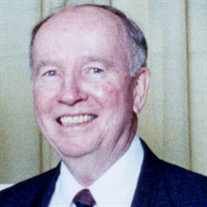 Captain William Ross Kueker, USMC (Ret.), 88, of Albany, was called to his heavenly home on December 13, 2019. His funeral service will be at 11 AM on Friday, December 20, 2019 at Kimbrell-Stern with interment at Salem Baptist Church Cemetery, 1128 Salem Church Rd., Tifton, GA 31793 at 3 PM with military honors. The Rev. Wayne Holcomb will officiate. The family will receive friends at Kimbrell-Stern on Thursday, December 19, 2019 from 6-7:30 PM. Capt. Kueker was born in Cuero, TX and had lived in Albany since 1961. He retired from the US Marine Corps at Camp Pendleton, CA on June 30, 1968 with 20 years and 2 days service. During his time in the Marine Corps, he spent one year in Vietnam and 2 years aboard the USS Boxer. Following his retirement from the Marine Corps, he worked at Funston Pecan Co., then at Bobs Candy Co. until he retired with 29 years. He was a Lutheran and taught Sunday School for years. Capt. Kueker was a Past Commander of the Walter Burt American Legion Post 30, a member of the 40 and 8, and a member of the American Legion Honor Guard. He was preceded in death by his brothers, Robert, Ken, Ralph, and Albert Kueker, and his sisters, Wanda Huey, Dorothy Matjek, and Rosemary Young. Capt. Kueker is survived by his wife: Sheila Ford Kueker, Albany; 2 sons: Robert Kueker, Clarksville, TN, Russell Ross Kueker, Savannah, GA; grandson: Jon Kueker, Clarksville, TN; granddaughter: Samantha Kueker, Clarksville, TN; brothers: Johnny Kueker, Buckholtz, TX, Roy Kueker, Cuero, TX; sisters: Anna Schlinke, Cuero, TX, Eunice Lee, Cuero, TX, Betty Jo Afflerbach, Cuero, TX.

Captain William Ross Kueker, USMC (Ret.), 88, of Albany, was called to his heavenly home on December 13, 2019. His funeral service will be at 11 AM on Friday, December 20, 2019 at Kimbrell-Stern with interment at Salem Baptist Church Cemetery,... View Obituary & Service Information

The family of Capt. William Ross Kueker, USMC (Ret.) created this Life Tributes page to make it easy to share your memories.