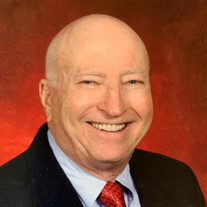 William Hunt Burger (Bill) passed away peacefully in his home from heart failure on Saturday, September 19, 2020. It was a mere two weeks after losing his wife of 57 years. Some might say he died of a broken heart. Bill was born in Miami, Florida, where he was raised by his mother after the early death of his father. Perhaps he garnered his resilience from her. He was a 1951 graduate of Miami Jackson High School then moved to Gainesville, Florida, to sling burgers and do poultry research at the University of Florida. After graduating he began his service with the United States Air Force. That service would eventually bring him to Albany, Georgia, where he met Hazel and rescued her from her parents’ attic apartment. While in the Air Force, he would become a pilot, get his Master’s degree in cartography engineering from The Ohio State University, and serve in Vietnam. He would go on the serve in the Air Force Reserves after his retirement from active duty and reach the rank of Lieutenant Colonel. Eventually Bill and Hazel resettled in Albany, where he was a member of First United Methodist Church of Albany, Georgia, for more than fifty years. For almost fifty years, he was a member of the Exchange Club of Albany. He was one of the longest-serving members and served as president, but mostly loved the fellowship of Friday lunches and sharing the Southwest Georgia Fair with his grandkids. He was also a member of Post 30 of the American Legion and a regular volunteer with Mended Hearts. He was the longtime owner of Overhead Door of Albany. He had a hearty laugh, made a great beignet, and enjoyed a good cup of coffee or burger from the Burger King on Oglethorpe. He was smart and faithful. When his words escaped him more and more in his later years, his humor remained and a gentleness grew. He doted on his wife and made us laugh even in his final weeks. What we will remember most is the quiet ways he helped others—unpacking a car while others hugged, helping a young man learn to read, encouraging a young lady to strive to better herself and go back to school, making a nurse laugh on a busy shift. Survivors include his children, Thomas Hall Burger of New York, New York, and Jennifer Hunt Burger (Joshua Greenbaum), his grandchildren, Adler McDaniel Greenbaum and Auden Grace Greenbaum, all of Atlanta, Georgia. William was preceded in death by his wife, Hazel Hall Burger. A memorial service will be held at First United Methodist Church, Albany, Georgia, on Wednesday, September 23, 2020, at 11:30 am in the sanctuary. Out of respect to the family, masks will be required and social distancing will be observed. In lieu of flowers, donations can be made to First United Methodist Church, Albany, Georgia, 307 Flint Ave., Albany, GA 31701 or the Down Syndrome Association of Atlanta, 2221 Peachtree Road, Suite D-226, Atlanta, GA 30309. To share your thoughts with the Burger family, you may visit our website at www.kimbrellstern.com.

William Hunt Burger (Bill) passed away peacefully in his home from heart failure on Saturday, September 19, 2020. It was a mere two weeks after losing his wife of 57 years. Some might say he died of a broken heart. Bill was born in Miami,... View Obituary & Service Information

The family of Mr. William Hunt Burger created this Life Tributes page to make it easy to share your memories.

William Hunt Burger (Bill) passed away peacefully in his home...

Send flowers to the Burger family.