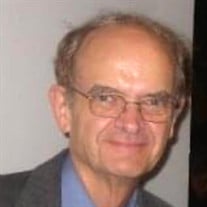 Dr. William Howard Bates, Jr. was born in Albany, Georgia in 1939 to Lt. Col. and Mrs. William Howard Bates, Sr. He was the grandson of Mr. and Mrs. James Matthew Giddens of Albany and Mr. and Mrs. Luzarn Hanson Bates of Covington, GA. He is survived by his wife, Jo Ann Hagan Bates, son William Howard Bates III of New York, NY, and daughter Bronwyn Georgia Bates of Albany, GA. He was a member of First Baptist Church of Albany. He spent many happy times in Albany visiting his grandparents, Mr. and Mrs. James M. Giddens. During the Korean War, he and his mother lived in Albany, and he attended Albany Junior High School. Being an Army Brat, he traveled with his parents worldwide living on Guam for one year and in Germany for two years where he graduated from high school. He lettered in football and basketball for two years and was the president of his senior class. After high school, he attended the University of Georgia, obtaining his Master’s Degree in Science Education. He was a member of Lambda Chi Alpha Fraternity and received his commission in the US Army as a Second Lieutenant. On October 26, 1963, he married Jo Ann Hagan of Athens and they were married for 58 years. While in the military, he served in Korea, Colorado, Okinawa, Maryland, Alabama, and Vietnam. In Colorado, their son, William III was born. In 1970, he separated from the Army with the rank of Captain and returned to graduate school at the University of Georgia to complete his sixth year Specialist Degree in Education. The family then moved to Albany where he taught biology at Dougherty High School for one year. He then became assistant principal at Albany High School. While there, he completed course work for his Doctorate Degree and received his degree from Nova University in Florida. In 1979, their daughter Bronwyn was born. He became principal of Northside Elementary School and retired in 1995. After retirement, Bill briefly ran Antiques Plus (his mother’s antique shop), managed the family rental properties and has served on the Chehaw Park Authority as chairman, he was a member and chairman of the Albany/Dougherty Greenspace Committee, a member of the Albany Tree Board, and Thronateeska Heritage Center Board, President and long time Treasurer of Albany Audubon Society, an officer in the Albany Coin Club. He was one of the first, if not the first, person to establish a Georgia Land Trust Permanent Conservation Easement and working with the Calhoun County NRCS to establish a USDA-NRCS Wetland Reserve on his Pinewilde Farm. Over the years thousands of Longleaf pines were planted. He ran for the Dougherty County Board of Education. He wrote four books, numerous articles, and The Chronicles of Pinewilde which were stories of his wildlife encounters at his farm. He had a keen interest in investments, wildlife hunting and conservation. A graveside service will be held at Crown Hill Cemetery, Friday, March 25th at 11:00 AM. Those desiring, may send memorial contributions to their favorite charity.

The family of Dr. William Howard Bates Jr. created this Life Tributes page to make it easy to share your memories.

Send flowers to the Bates family.