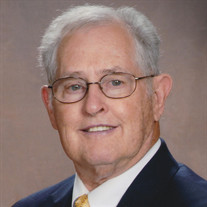 Thomas N Tilley, 72, passed away on Saturday, August 31, 2019 at his home in Albany, GA surrounded by his family. He was born on November 22, 1946 in Effingham, IL to Albert Thomas and Caryl Parker Tilley. The only son in a family with six children, he spent a lifetime entertaining and loving his five sisters. Tom graduated from Effingham High School in 1965 where he lettered in five sports and held a pole vaulting record for many years. He was drafted into the Army in January of 1966 and discharged in November 1967 after spending a year serving his country in Vietnam. Tom met his future wife, Janis Holbrook, on a blind date in April 1969, got engaged on the 4th of July and were married on October 4, 1969. They had three children: Shannon, Gabe and Jamie. The Tilleys moved to Albany, GA in 1979 and Tom spent the next 40 years in his new hometown. He was a chemical coating salesman and later started his own business. Tom was an active member of Porterfield Methodist church where he spent many years helping in the kitchen with the youth, was the Sunday School Superintendent for 20 years, was an usher until earlier this year and was always on call for anything that needed to be done. Affectionally known as Big Dawg to is grandkids, Tom loved the Georgia Bulldawgs, smoking BBQ, golfing at River Point, hunting with his son each year in South Dakota, yearly family trips to Illinois for July 4th, Mexican Train, being on time, a good laugh and a good party. But more than anything, he loved his family fiercely. He is survived by his wife of fifty years, Janis Holbrook Tilley; 3 children Shannon Tilley Jones (David) of Sandy Springs, GA. Gabe Tilley (Natalie) of Johns Creek, GA and Jamie Tilley Parker (Matthew) of Albany, GA; 5 grandkids: Claire Tilley, Porter Tilley, Parker Jones, Audrey Jones and Beckett Tilley; His sisters: Beverly Tilley Ross (Jerry) of San Diego, CA, Barbara Tilley Alsup (Rick) of Champaign, IL, Theresa Tilley Stewart (Lonnie) of Mattoon, IL and Kayla Tilley Manley (Doug) of Olney, IL and numerous nieces and nephews. He is proceeded in Death by his parents, Albert Thomas Tilley and Caryl Parker Tilley and his sister, Cheryl Tilley Anderson. Memorials may be made to Porterfield United Methodist Church, 2200 Dawson Rd., Albany, GA 31707. The family will receive visitors in the sanctuary of Porterfield United Methodist Church in Albany on Wednesday, September 4th from 5-7pm. Funeral services will be at Porterfield United Methodist Church on Thursday, September 5th at 11am. The family requests that you wear bright colors, but if you must wear black, please wear your red with it.

Thomas N Tilley, 72, passed away on Saturday, August 31, 2019 at his home in Albany, GA surrounded by his family. He was born on November 22, 1946 in Effingham, IL to Albert Thomas and Caryl Parker Tilley. The only son in a family with six... View Obituary & Service Information

The family of Mr. Thomas N. Tilley created this Life Tributes page to make it easy to share your memories.

Send flowers to the Tilley family.