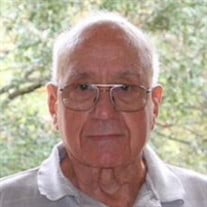 Dr. Thomas E. Stonecypher, 87, died January 31, 2022 in Albany, Georgia. The visitation will take place at 10:00 a.m. on Saturday, February 5 at Kimbrell-Stern Funeral Home, 1503 Dawson Road, Albany, followed by the memorial service at 11:00 a.m. Born in Savannah, he was the son of Thomas E. and Thea Groover Stonecypher. When he was 14, his family moved to Albany. Tom graduated from Albany High School in 1951. He graduated from Georgia Tech in 1955 with a degree in chemical engineering and earned a PhD. from Georgia Tech in chemical engineering, in 1960. He married May Davis Muse in Albany in 1956. In 1959 he went to work for Rohm and Haas Chemical Company in Huntsville, Alabama, doing research on solid rocket motor propellants. In 1969, he was asked by his company to lead a startup venture. The new business, Micromedic Systems, Inc., manufactured automated diagnostic equipment for sale to hospitals and clinical laboratories. Micromedic was a success, and Dr. Tom was plant manager for the next 25 years. Later, when Micromedic was sold to ICN Biomedical, he was appointed a Vice-president of ICN. After retirement, Tom and May moved back to Albany to manage and enjoy the family timber farm. He was especially pleased with successful hatchings from his wood duck boxes. He was appointed to the Dougherty County Library Board and was chairman of the committee which oversaw the renovation of the Northwest Library. He enjoyed hunting, fishing, playing tennis, and tracing genealogy. He loved his family and was especially happy to spend time with grandchildren and great-grandchildren. He was a member of Porterfield United Methodist Church and The Salzburger Society. Survivors are his wife, May; daughter Lynn (Pete) Thompson, sons Tom (Elizabeth) Stonecypher, and Bill (Cathy) Stonecypher; grandchildren Peter Thompson, Claire Thompson, Anna (Mark) Miller, Philip (Rimmy) Stonecypher, Mary (Keith) Cunningham, David Stonecypher, Grace (Walt) Henson, Caroline Stonecypher, James Stonecypher and Kara Stonecypher; great-grandchildren Anna Elizabeth Stonecypher, James Stonecypher, Isaac Stonecypher, Mary Siobhan Miller, John Miller, Clara Miller, Thomas Miller, Beau Miller, Jimmy Miller and Helen Henson.

The family of Mr. Thomas Edward Stonecypher created this Life Tributes page to make it easy to share your memories.

Send flowers to the Stonecypher family.