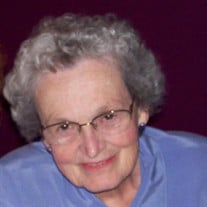 Shirley Coop Lawless was born in Fairfield, Iowa, March 7, 1929. As a farmer’s daughter, she did not have a pampered life but it was a life that gave her confidence that hard work and determination could accomplish great things. With two years of college, Shirley was given a license to teach and she went to another small town where she met the love of her life, John (Jack) Lawless. This love affair would continue until it was cut tragically short by his death after only fifty-nine years. Shirley worked as a schoolteacher while earning almost a Master’s degree in literature, until 1968 when she and Jack and their three children moved to Albany, GA. She taught one more year in Albany before working as a newspaper reporter and DFACS caseworker. When she took a job as a Probation/Parole Officer, she was only the second female in the state to hold that position. She stood up to judges who attempted to dismiss her (One told her that she had to wear a skirt to court because ‘if you want to do a man’s job, you have to dress like a lady’). Her caseload as a probation officer often included sex offenders and other violent criminals. She steadfastly held her own as she visited these persons in their homes. She also maintained her own principles, refusing to carry a firearm as almost all probation officers did. Always anxious to improve her mind, Shirley obtained a Master’s degree in Rehabilitative Counseling and worked as a senior counselor at the Albany Diversion Center. She was named Rehabilitative Services Person of the Year in 1978. After retiring from the State of Georgia Department of Corrections, she worked as an adjunct instructor at Darton College in Albany. She had a lifelong love of words and she worked with at-risk students to improve their writing skills. Shirley was a tireless worker for her church and her community, serving as secretary to a number of charities and serving through Kiwanis, Habitat for Humanity, and Keep Albany-Dougherty Beautiful. It was sometimes hard to figure out how to find the time to travel, but she did, visiting Alaska and most of the continental United States, Great Britain, Europe, the Holy Land, and the Greek Isles. After Jack died in 2009, Shirley remained in her home in Albany but she chose to move to Decatur. Her only criteria on where she lived was that it was near Decatur First Methodist Church. She became very involved in a number of organizations (of course), although she always had time for a Scrabble game. Shirley gave new meaning to the Shakespeare line “Though she be but little, she is fierce.” She quietly but effectively battled sexism and sizeism (it’s sometime hard to be taken seriously when you are 5’2” and weigh 120 pounds). She was a member of Porterfield Memorial United Methodist Church for more than forty years, teaching Sunday School in the Fellowship Class as well as a number of other classes. After moving north, she was a member of Decatur First United Methodist Church and again taught Sunday School. She is survived by her three children, Chris (Jeanne) of Lakeland, FL, Joy (Phil) Chapman of Atlanta, GA, and Leonard (Nancy) of Hochston, GA and six grandchildren; Brian (Kelly) Lawless, Wade (Charline) Lawless, Brooks Goolsby, Dylan (Alex) Goolsby, Caroline (Bryan) Grubbs, and Jessica (Jamie) Brooks. Although she loved each of her children and grandchildren, she took special delight in her great-grandchildren: Sawyer and Charlotte Grubbs, Cora Brooks, and Charlie Ann Lawless. Visitation will be at Kimbrell-Stern Funeral Home in Albany, Sunday 7/11 from 5:00-7:30 PM. Funeral service will be at Porterfield United Methodist Church in Albany, Monday 7/12 at 11 AM with interment to follow at Crown Hill Cemetery. The Rev. Josh Duckworth will officiate. A memorial service will take place at Decatur First United Methodist Church in August. In lieu of flowers, please donate to Decatur-Area Emergency Assistance Ministry (https://www.deamdecatur.org/contribute), one of the last charities Shirley worked with.

Shirley Coop Lawless was born in Fairfield, Iowa, March 7, 1929. As a farmer&#8217;s daughter, she did not have a pampered life but it was a life that gave her confidence that hard work and determination could accomplish great things. With... View Obituary & Service Information

The family of Shirley Coop Lawless created this Life Tributes page to make it easy to share your memories.

Send flowers to the Lawless family.