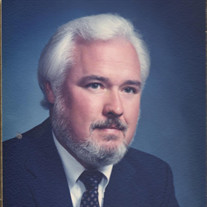 Dr. Robert Alan “Bob” Parrish, 74, of Albany, died peacefully Thursday, February 17, 2022 at Shands Hospital in Gainesville, Florida. His memorial service will be Tuesday, February 22, at 2:00 P.M. at First United Methodist Church of Albany. The Reverend Jim Morrow will officiate. The family will receive visitors just prior to the service at 1:00 P.M. in Ford Hall at the church. A native of Knoxville, Tennessee, he had lived in Albany for the past 47 years and called it home. He graduated from Central High School in Fountain City, Tennessee, and attended The University of Tennessee Memphis, where he obtained his Doctorate of Dentistry in 1974. He began his dental career by opening his office in Albany, Georgia in August of 1974, where he and his wife, Bobbie, built a thriving practice that lasted over 43 years until he had to retire due to his health. Dr. Bob was known as the most gentle dentist in town and with the help of Bobbie and their amazing staff, had many patients through the years, many of which Bob considered his friends. He was a member of First United Methodist Church. Dr. Parrish was preceded in death by his father Joseph Raymond Parrish and mother Virginia Wilkerson Parrish. Dr. Parrish is survived by his wife of 44 years, Bobbie, his son Robert (Kelley), son Alan (Betsy), brother Joe (Jan) Manhattan, NY, brother Charlie (Donna) Sandpoint, Idaho, grandchildren Trey, Biz, Landon, Cannon, Grant, and Wilkes, and beloved sisters and brothers in law and nephews and nieces. Those desiring may make memorials to the Stevenson Clark Memorial Fund (the Lung Transplant Program) at UF Health via the website https://giving.ufhealth.org/ways-to-give/give-now/ or to First United Methodist Church of Albany, Georgia for youth ministries.

The family of Dr. Robert Alan Parrish created this Life Tributes page to make it easy to share your memories.

Send flowers to the Parrish family.