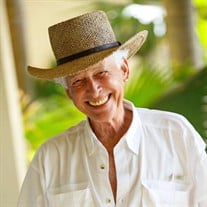 Robert Ernest Crowley, 73, died September 9, 2021, in his home in St. Petersburg, Florida, following a battle against cancer. Born May 7, 1948, in Albany, Georgia, Bob was the oldest of three sons of Ernest Zuma & Jean Momand Crowley. After growing up in Albany, he graduated from the University of Georgia and began his career at C&S Bank in Atlanta. As a young, energetic entrepreneur in the mid-70’s, he and a partner purchased Moeller Manufacturing, a rubber company manufacturing marine and automotive parts located in Greenville, MS. They sold the company in the late 80’s, and Bob became a founding partner and CEO of American General Aircraft, manufacturer of single engine planes. It later became Tiger Aircraft, where he was actively involved until 2004. Bob loved finance and was a master negotiator. He immersed himself in each endeavor and was well-respected in the corporate community. Bob was an avid outdoorsman who loved hunting, fishing and boating. After moving to the Mississippi Delta, he took an active role in the development and management of Black Bayou Hunting Club on the banks of the Mississippi River. He and his family made their home on nearby Lake Ferguson, where they lived for 25 years. Bob loved gardening and cooking and was meticulous about preparing his special recipes for family and friends. In 2009, Bob and his wife, Emily left Mississippi, and spent ten years at the family beach house in Panama City Beach. While most would be relaxing on the beach, he built a shop for his tools and dug into renovating the house and woodworking. Once established in Florida, Bob embarked on a new adventure buying a cruising boat, Wastin’ Time Two. It’s home port was Riviera Dunes Marina in Palmetto, Florida. He took an active role in the management and leadership of the Riviera Dunes Marina Condo Association, once again putting to use his talent and leadership experience. Bob was an amazing husband, father and grandfather with pure grit, an abundance of patience, and a quick wit. He was preceded in death by his parents and youngest brother, James S. Crowley. He leaves behind a brother, Thomas M. Crowley, of Albany, Georgia; wife, Emily Krutz Crowley; children: Ashley McCue, her husband, Brady; Robert Kristen Crowley, all of St. Petersburg, Florida; and Anne Elizabeth Cope, her husband, Matthew, of Mount Pleasant, South Carolina; and three grandchildren: Olivia Grace McCue, Matthew Wilton Cope Jr. and Robert Henry Cope. The Crowley family plans to hold a celebration of his life at Crown Hill Cemetery in Albany, Georgia on November 6th at 2pm. If you are interested in joining them, you may get more info by emailing [email protected] In lieu of flowers, you may make donations to M.D. Anderson Cancer Center, Houston, Texas, or Moffitt Cancer Center, Tampa, Florida, where Bob received exceptional care. The family extends special thanks to the Silver Team of Suncoast Hospice in St. Petersburg, who offered outstanding care in his final days.

Robert Ernest Crowley, 73, died September 9, 2021, in his home in St. Petersburg, Florida, following a battle against cancer. Born May 7, 1948, in Albany, Georgia, Bob was the oldest of three sons of Ernest Zuma & Jean Momand Crowley. After... View Obituary & Service Information

The family of Robert Ernest Crowley created this Life Tributes page to make it easy to share your memories.

Send flowers to the Crowley family.