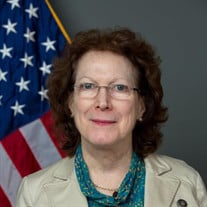 Judge Nancy Smith Stephenson, 63, of Albany died Wednesday, April 1, 2020 at her home in Albany from cardiac issues complicated by Covid-19. Private family graveside services will be held. A celebration of her life will be held at a later date at Albany First United Methodist Church. A native of Tifton, Georgia, Judge Stephenson was the fifth of six children of Dr. William T. Smith and Cecilia Travis Smith. She was born on April 28, 1956, attending public school in Tift County. She attended the University of Georgia and the University of Georgia School of Law and was very proud to be a “Double Dawg.” Upon receiving her J.D. in 1981, she briefly worked for a legal publishing company in Atlanta before moving to Albany where two of her brothers had established medical practices. Judge Stephenson started her legal career in Albany as a staff attorney for Georgia Legal Services before moving to private practice with John Salter and Walter Kelly. She later became the first full time female assistant district attorney for the Dougherty Judicial Circuit. In 1992, she discovered her true calling in life, running for and being elected Probate Judge of Dougherty County, a position she has held without opposition for 27 years. Blessed with the heart of a servant, she loved nothing better than being able to assist families through both happy and difficult times. She treated everyone with equal dignity in her Court. Judge Stephenson was a faithful member of Albany First United Methodist Church and a regular member of the New Horizons Sunday School Class. She was a member of Mended Hearts and The Albany Town Committee of the National Society of the Colonial Dames of America. She served on numerous local civic boards over the past thirty years. She was preceded in death by her parents, Dr. William T. Smith and Cecilia Travis Smith and her in-laws, Harry H. Stephenson, Jr. (Margarett) and Kathryn Elizabeth “Snooky” Stephenson and one brother, Gordon Burns Smith. Survivors include her loving husband of 33 years, Judge John M. Stephenson; two sons, John Mark Stephenson, Jr. of Portland, OR and William Harry Stephenson of New York City; her siblings, Dr. Bruce Alexander Smith (Mary Jane) of Lake Oconee, Georgia, Dr. Livingston Travis Smith (Cheryl) of Lutz, Florida, Dr. Christopher Campbell Smith (Sissy) of Albany and Dr. Cecilia McKay of Portland, OR. She also leaves behind a brother-in-law, J. Scott Stephenson, a sister-in-law, Anna Habersham Smith of Savannah and numerous nieces and nephews all of whom she dearly loved. Judge Stephenson’s life was enriched by many dear friendships, all of whom were cherished, but a special thank you to Dr. Kay Kitchens, her dear friend and doctor who saw her through many cardiac issues beginning in 2004. In lieu of flowers, memorials can be sent to your favorite charity, The Maggie Joe Hogg Alzheimer Care Center, or to Albany First United Methodist Church. Because Judge Stephenson also tested positive for Covid-19, he will not be able to receive visitors at this time. Kimbrell-Stern Funeral Home is in charge of arrangements.

Judge Nancy Smith Stephenson, 63, of Albany died Wednesday, April 1, 2020 at her home in Albany from cardiac issues complicated by Covid-19. Private family graveside services will be held. A celebration of her life will be held at a later... View Obituary & Service Information

The family of Judge Nancy Smith Stephenson created this Life Tributes page to make it easy to share your memories.

Send flowers to the Stephenson family.