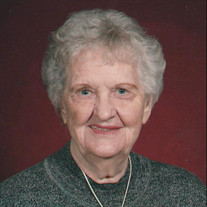 Mary Lee Neal of Leesburg died October 15 at age 92. She was born June 9, 1928 in Asheville, N.C., the daughter of Hoyt and Annie Seagraves. Mrs. Neal grew up in Asheville and Columbus, GA and was in the first graduating class of Baker High School, Columbus. She was a homemaker who raised four boys and from time to time worked as a bookkeeper in various businesses, including the family furniture store. She and her husband, William, operated businesses in Columbus where they raised their children, and later moved to Albany, where they owned Railway Freight, which remains in the family. The Neals, who were married for 69 years, enjoyed traveling and RV camping, especially after he retired. They traveled throughout the United States and Europe, and especially enjoyed a special trip to Israel with their church group. Mrs. Neal was an active church member for much of her life, and at the time of her death was a member of First Baptist Church of Albany. She is survived by four sons: William Thomas Neal III (Judy) of Fayetteville; Larry David Neal (Judy) of Perry, FL; Jon Steven Neal (Anne) of Albany; and Jeffrey Lee Neal (Margene) of Albany; six grandchildren: Mary Elizabeth Carmichael (Nick) of Peachtree City; Kelly Marie Mullins (Chad) of Leesburg; Claire Elizabeth Burke (Allen) of Atlanta; Leslie Anne Martin (Thomas) of Tyrone; Justin Daniel Neal of Reno,Nevada; and Laura Leigh Whaley (Kevin) of Leesburg; 13 great grandchildren; and numerous nephews and nieces. She was preceded in death by her husband, William Thomas Neal, Jr., who died in 2015, and two brothers, L.B. Seagraves and Tyler Seagraves, both of Covington, GA. Because of the Covid pandemic, a private family service will be held at Kimbrell-Stern Funeral Home on October 20, with burial to follow at Crown Hill Cemetery. The family requests that memorial donations be sent to the Building Fund of First Baptist Church of Albany; The Lord’s Pantry; or the charity of one’s choice.

Mary Lee Neal of Leesburg died October 15 at age 92. She was born June 9, 1928 in Asheville, N.C., the daughter of Hoyt and Annie Seagraves. Mrs. Neal grew up in Asheville and Columbus, GA and was in the first graduating class of Baker High... View Obituary & Service Information

The family of Mrs. Mary Seagraves Neal created this Life Tributes page to make it easy to share your memories.

Send flowers to the Neal family.