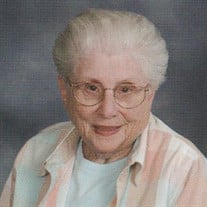 Mrs. Mary Edna Young Herndon, 92, of Albany, Georgia, died February 5, 2021 at the Willson Hospice House. Mrs. Herndon was born to the late Malcolm Jefferson Young and Thelma Adams Young on September 1, 1928 in Louisville, Kentucky. She was a graduate of Americus High School and attended Georgia Southwestern College. She married John David Herndon, Jr. on March 22, 1946 at Central Baptist Church in Americus, Georgia. They had been married one month short of 65 years when he died in 2011. They moved to Albany in 1946 and joined First Baptist Church of Albany. She was a member of FBC from 1947 to 2007 when she moved her membership to Albany First United Methodist Church. She had been a member of Albany First UMC for 14 years at the time of her death. Mrs. Herndon worked at Albany High School from 1960 to 1966. She then went to work at Deerfield School from 1966 to 1976 where she was the first secretary for the school. In 1976 she went to work at First Baptist Church Albany as the Financial Secretary. In 1998 she thought she had retired but that was not to be. After 2 weeks she went to St. Paul’s Episcopal Church in Albany and served as the Financial Secretary until 2013 when she retired for good. Mrs. Herndon was a member of Thronateeska Chapter of DAR and the Fellowship Sunday School class at First United Methodist Church. She loved her Lord, her family, her church, and her friends. She was preceded in death by her parents and her husband. She is survived by her son and daughter-in-law, David and Linda Herndon of High Rolls, New Mexico; her daughter, Becky Herndon of Albany; two grandchildren, Kathy Herndon Peterson (Todd) of El Paso, Texas and Thomas Herndon (Laura) of San Antonio, Texas; and 5 great grandchildren, Brayden, Maura, Saraya, Kaleb, and Micah all of Texas; and a niece, Henri Drew of Lee County. The family will have a private funeral service and burial. In lieu of flowers, please make donations to the Alzheimers Outreach Center (229 N. Jackson Street, Albany, Georgia 31701); to First United Methodist Church (307 Flint Avenue, Albany, Georgia 31701); or to the Media Centers at Deerfield Windsor School (PO Box 71149, Albany, Georgia 31708).

The family of Mrs. Mary Edna Young Herndon created this Life Tributes page to make it easy to share your memories.

Send flowers to the Herndon family.