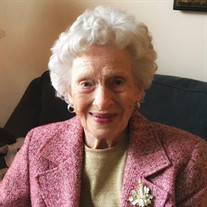 Marialis Crowder Hamlett, 92, passed away at home December 31st in Albany, GA, with her daughter by her side. Mrs. Hamlett was born July 13, 1928 near Newnan in Coweta County, GA, the daughter of Hendrix and Clara Clark Crowder. She had a wonderful childhood in the country, learning from her mother, who was a home economics teacher, and creative in several fields. She attended Western School in Coweta County and graduated from Girls High School, Rome, GA. She attended Perry Business School and Georgia State, where she was a member of Kappa Theta Sorority. She enjoyed working in Atlanta at Fireman’s Fund Insurance company, where she met her future husband, Wilson Hamlett. They moved to Albany in 1955 and they were married 56 years before Wilson preceded her in death in 2007. Mrs. Hamlett worked as an administrative assistant at Walden and Kirkland and First State Bank and for several attorneys. She was ever focused on hospitality and often hosted and cooked for friends and visitors, even on the spur of the moment. Marialis was known for her many interests and creative hobbies. She was a member of Lake Park and Daffodil Garden Clubs, Albany Junior Woman’s Club, Charity League of Albany, and Southwest GA Genealogical Society. She was a Phoebe volunteer for over 20 years. She had a love for genealogy and was an avid shell collector who studied the names and origins of shells from all over the world. Marialis and Wilson were charter members of Porterfield Memorial United Methodist Church. She was a caring and involved mother to Jennifer and a generous and loving grandmother to Jeffrey, Nicholas, and Benjamin Herrick. They looked forward to visits to the beach together or sharing a snowy Christmas in Colorado, which was a thrill to Marialis. She is survived by a daughter, Jennifer and her husband Tom Herrick of Denver, CO, three grandsons, Jeff (Krista) Herrick of Superior, CO, Nick Herrick of Thornton, CO, and Ben Herrick of Brighton, CO. She has three great-grandchildren, Graham, Laurel, and Elaina. She also leaves beloved nieces and nephews in the Albany and Atlanta areas. No service will be held at this time due to Covid restrictions. A celebration of life will be held later when family and friends can gather freely. In lieu of flowers a memorial could be made to The Refuge, 11600 Quay St. #200, Broomfield, CO 80021. Marialis got to know her daughter’s friends there and loved to support the mission and outreach of this small faith community.

Marialis Crowder Hamlett, 92, passed away at home December 31st in Albany, GA, with her daughter by her side. Mrs. Hamlett was born July 13, 1928 near Newnan in Coweta County, GA, the daughter of Hendrix and Clara Clark Crowder. She had a wonderful... View Obituary & Service Information

The family of Mrs. Marialis Crowder Hamlett created this Life Tributes page to make it easy to share your memories.

Send flowers to the Hamlett family.