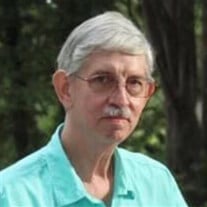 Jesse Merrill “Mel” Jones, Jr. 70, of Albany, died Friday, July 16, 2021 at Willson Hospice House. His graveside funeral service will be at 4 PM on Sunday, July 18, 2021 at Mt. Enon Baptist Church Cemetery in Mitchell County. The Rev. Trent Corey will officiate. Mel was born in Camilla, and moved to Albany in 1953. He graduated from Albany High School in 1968. He worked with Bruce Jones Auto Parts till 1997, and then worked with Flint Equipment Co. until his retirement in 2020. He was the Southwest Georgia representative of the Georgia Wildlife Federation, and he was an instructor for the hunter safety course offered by the Georgia DNR. Mel was a Past President of the Southwest Georgia Sportsman’s Club. He was a Mason. Mel was preceded in death by his parents, Jesse Merrill Jones, Sr. and Alza Rountree Jones, and a grandson, Jesse Merrill Jones, IV. Survivors include his wife: Cheryl Jones, Albany; 2 sons: Jesse Merrill Jones, III (Lisa), Albany, Justin Jones (Stephanie), Albany; 4 grandchildren: Kaitlyn Jones, Jesse Merrill Jones, V, Alexander Jones, and Lucian Jones. The family will receive friends on Saturday at the residence from 2-4 PM. Those desiring may send memorials to Phoebe Hospice, 320 Foundation Ln., Albany, GA 31707.

The family of Jesse Merrill Jones, Jr. created this Life Tributes page to make it easy to share your memories.