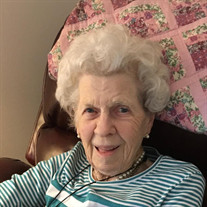 Jean Collins Hysler, 88, died Tuesday, April 14, 2020 at her residence. A private service will be held for the family. Jean was born in Everett and raised in Somerville, Massachusetts. She graduated from Faulkner Hospital School of Nursing, Boston, Mass., obtaining a Registered Nursing degree. After moving to Albany in the mid-Fifties, Jean began her nursing career at Phoebe Putney Hospital. She worked there for over thirty years, primarily in the operating room, where she ultimately becoming the OR manager. She was a member of the Association of Operating Room Nurses for a number of years. Jean, a devout Catholic, attended St. Teresa’s Church from the time she arrived in Albany, where she was a member of the Disciples in Mission Bible Study. Jean, as a member of Beta Sigma Phi Sorority, held every office in the organization at various times during her forty-plus year membership. As a volunteer, during retirement, Jean served at Birth Right counseling unwed mothers. She also volunteered at her beloved Phoebe Putney as a member of the Golden Key Club bringing a smile and a little comfort to patients she visited! Survivors include her children, Brian Tison (Kelley) and Julie Johnson, her step daughter, Sandi Johnson, 6 grandchildren, Shelly Rich (Kevin), Anne Marie Tison, Melissa Medders (Chris), Zach Johnson (Jessica), Jay Tison and Hunter Johnson (Michael), 6 great grandchildren, Jake Medders, Reese Medders, Waylon Medders, Hattie Jane Johnson, Charlie Kate Rich, and Mazie Rich, a brother in law, Mike DeBenedetto, several nieces and nephews, a loving care giver, Kaneshia Wafford, along with all the appreciated staff at Phoenix of Albany as well as caregiver, Qwajalein Guest. Jean was preceded in death by her parents, Edward and Virginia Collins and her husband, Charlie E. Hysler, Jr. and her sister, Virginia “Dixie” DeBenedetto Memorials may be made to Neighbors in Need, 2005 Martin Luther King, Jr. Dr., Albany, GA 31701. To share your thoughts with the Hysler family, you may visit our website at www.kimbrellstern.com.

Jean Collins Hysler, 88, died Tuesday, April 14, 2020 at her residence. A private service will be held for the family. Jean was born in Everett and raised in Somerville, Massachusetts. She graduated from Faulkner Hospital School of Nursing,... View Obituary & Service Information

The family of Mrs. Jean Collins Hysler created this Life Tributes page to make it easy to share your memories.

Send flowers to the Hysler family.