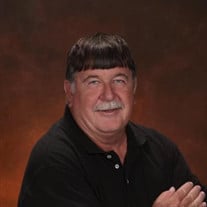 Don S Moody Sr. went to be with the Lord on February 18, 2021. His funeral services will be 3 PM, Sunday, February 21, 2021 at Albany First Church of the Nazarene with interment to follow in the Leesburg City Cemetery. The Reverends Steve Hood,... View Obituary & Service Information

The family of Mr. Don Stephen Moody Sr. created this Life Tributes page to make it easy to share your memories.

Send flowers to the Moody family.