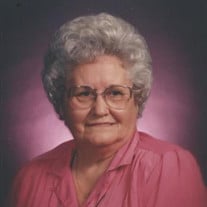 Dimple Ruth Wills, age 93, of Gainesville, Georgia formerly of Albany, Georgia passed away peacefully on Tuesday, June 23, 2020. She was born on August 9, 1926, in Blountstown, Florida and moved to Dougherty County (Albany, Georgia) with her parents at the age of four. She lived in Albany until moving to Gainesville in 2012. She was the daughter of Benjamin F. and Delia Estelle Ramsey (Wingate) and the second oldest of seven children. Dimple attended church and school in Acree, Georgia and graduated from Albany High School in 1943. She then went to work with Southern Bell until she married her husband of 42 years, Hugh Wills, in 1946. She was a home maker and raised their three children until going to work for the Dougherty School System from which she retired after19 years. Dimple was a lifelong member of the First Baptist Church of Albany, Ga. where she worked in the nursery for many years. She was also a Troop Leader for the Brownies and Den Mother for the Cub Scouts. She enjoyed gardening, sewing, crocheting, and making baby blankets and quilts for children and grandchildren. Dimple is predeceased by both of her parents, her husband, her sister Estelle Kelly, and her brother Billy Ramsey. She is survived by her sister Daisy Smith of Douglasville, Ga., her sister-in-law Ludie Ramsey of Albany, her three brothers Jimmy Ramsey (Mary Frances), Ben Ramsey (Carolyn), and Bruce Ramsey(Alice) all of Albany, and a number of nieces and nephews who were very special to her. She is also survived by her three children Larry Wills (Brenda) of Gainesville, Ga., Ken Wills (Chris) of Adairsville, Ga., and Landra McCrary (Glenn) of Gulf Breeze, Fl.; eight grandchildren, Jacob Wills (Heather) of Loganville, Ga., Hollie Hawkins (Stephen) of Denver, Co., Jarod Wills of Flowery Branch, Ga., Kennie Wills of Atlanta, Ga., Molly Wills of Kingston, Ga., Erin Baker (Scott) of Maitland, Fl., Bryan McCrary (Cindy) of Wesley Chapel, Fl., Ben McCrary of Gulf Breeze, Fl., and seven great grandchildren. Arrangements will be handled by Kimbrell – Stern Funeral Directors, Albany, Ga. The family will receive friends at the funeral home from 1:30 until 2:30 on Saturday, June 27, 2020. Graveside services will follow at 3:00 at Floral Memory Gardens. The Reverend Jimmy Black will officiate. Flowers will be appreciated or donations may be made to First Baptist Church of Albany or the charity of your choice.

Dimple Ruth Wills, age 93, of Gainesville, Georgia formerly of Albany, Georgia passed away peacefully on Tuesday, June 23, 2020. She was born on August 9, 1926, in Blountstown, Florida and moved to Dougherty County (Albany, Georgia) with her... View Obituary & Service Information

The family of Mrs. Dimple Ruth Wills created this Life Tributes page to make it easy to share your memories.

Send flowers to the Wills family.