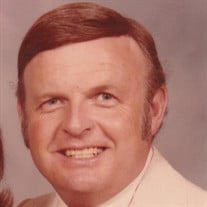 Clarence Mangham Pippin, Jr., “Bubber,” passed away peacefully on Friday afternoon at home on the land he farmed his entire life. He was 87. Bubber was a larger than life character. His unique and outgoing presence left deep impressions everywhere he went and on everyone he met. Born in Albany on November 16, 1932, to C.M. Pippin, Sr. and Alma Wright Pippin, he grew up farming on the same land on which he was born, he lived, and where he eventually passed away. He left after high school to study at the University of Georgia where he continued to be well known as much, if not more, for pranks and mischief as for academic activities. He returned with a degree in Animal Husbandry. Throughout his life he was well known for throwing the unique and interesting parties. Fun hayrides, fishing trips, tremendous bonfires, and dancing contests were all memorable events people still talk about many years later. And there were also games and events where contestants boxed, chased pigs, rode on shaking trees, wrestled cows, and climbed trees to catch chickens. However, these excursions and leisure moments are really just outliers in the life of Bubber Pippin. Business was his true love and passion. He was a farmer all his life, but to be a farmer that long means you find ways to make money when farming doesn’t pay. Raising cattle, building apartment buildings, trading in military surplus goods, handling municipal environmental waste, and managing somewhat obscure recording artists (who some of you have probably at least heard of but who won’t be mentioned here) are just a few of the endless business dealings that occupied Bubber’s ever active entrepreneurial mind. Despite all of that, most people know him for his pecans. As a president and founding member of Georgia Pecan Growers Association, he was a pioneer and leader in developing the commercial pecan industry in southwest Georgia. The farm on which he was born, and that he inherited from his father, is now run by his elder son and namesake, C.M. Pippin, III, or “Trey.” The patriarch of a large family spread across the southeast, he leaves behind a close-knit family that has been profoundly shaped by his presence. He was predeceased by his parents, his two sisters, Hazel Sellers and Ann Norris, and by his oldest daughter, Sharon Lynn Pippin. He leaves behind his wife of 44 years, Barbara Bennett Pippin, four children Trina Lawrence (Stephen), Leah Harding (Chad), Trey Pippin (Shena) and J. Scott Pippin (Theresa), two step children, Colleen Meriwether and Chip Jones (Diane), 16 grandchildren, and a niece and nephew, Deborah Sanders (Hollis) and Keith Norris (Elizabeth). In his last days he was lovingly cared for by so many people to whom his family are eternally grateful. The family would like to take a moment to thank his caregivers Venetia, Melissa, and Earnestine. A graveside service will be held at 2:00 PM on November 2, 2020 at Crown Hill Cemetery, officiated by Pastor Chad Ellis. The family will receive friends thirty minutes prior to the service at the cemetery. In lieu of flowers, donations may be made to Gillionville Baptist Church. The family asks that attendees wear masks and be mindful of social distancing. To share your thoughts with the Pippin family, you may visit our website at www.kimbrellstern.com.

Clarence Mangham Pippin, Jr., &#8220;Bubber,&#8221; passed away peacefully on Friday afternoon at home on the land he farmed his entire life. He was 87. Bubber was a larger than life character. His unique and outgoing presence left deep impressions... View Obituary & Service Information

The family of Mr. Clarence "Bubber" M. Pippin Jr. created this Life Tributes page to make it easy to share your memories.

Send flowers to the Pippin family.