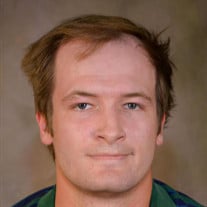 Benjamin Bright Shellhaas, 23, of Athens, Georgia passed away suddenly and unexpectedly yet peacefully while asleep Monday afternoon, November 29th, 2021 in Athens, Georgia. Ben was born December 2, 1997 and grew up in Albany, Georgia. He was a forestry student at The Warnell School of Forestry at The University of Georgia. He loved attending classes in one of his favorite places in Athens, Whitehall Forest. While at UGA, he was a member of Kappa Alpha Order and the SAF Forestry Club. Ben also attended ABAC his freshman year where he was named to the President’s List. He graduated from Deerfield-Windsor School in Albany in 2016 where he made many lifelong friends. Ben was a member of Porterfield United Methodist Church and attended YoungLife Albany. Ben was scheduled to graduate from UGA in December 2022 and had recently been accepted to UGA Study Abroad South Pacific program. Ben worked as the Youth Director at Covenant Presbyterian Church in 2018. Ben continued to counsel youth at Dogwood Acres Summer Camp in Chipley, Florida for two years which further led to his fascination and love of Forestry. Ben was an athlete and loved playing golf. While in high school he excelled in soccer and basketball and he ran cross country. He especially enjoyed any opportunity to coach younger kids. As a child, Ben had a unique ability to think outside the box and his natural curiosity about all things was a source of great pride to his parents. Ben was a big thinker and lover of life. Ben passionately continued to play golf as often as he could. His favorite golf partner was his twin brother Ethan and the frequent battle for the lowest score was always fought for. He also enjoyed golfing with his older brother Sam, his Father, his cousins, and his friends. Ben has, inarguably, the best golf swing in the family. Ben was a joy to be around and made the most insightful comments on any given topic; he always had a surprisingly well thought out opinion that was deep and textured for someone so young. We will mourn him with our whole hearts and every fiber of our bodies and souls. His curiosity at the complex miracle of the sciences and nature coupled with his faith in God reminds us of the many interesting conversations he was known for in “The Shellhaas Clan”. Ben was a unique soul and a friend to all, his eyes were bright with sincerity and kindness. His energy and humor would light up a room just by walking in with his “laid back” infectious presence. Ben was always so present and intentional when having a conversation which is a rare trait to have in this world. Ben’s best friend was his younger twin brother Ethan. The love shared between them was a source of deep happiness for almost 24 years. They will always be best friends and brothers. He loved his parents well, he loved and laughed with his sister and brothers in a sincere and passionate way that only he was capable of. The love he showed his “GiGi” was a true gift to her from God. Ben was so passionate about life and love and if he loved you, you knew it. Ben was adventurous in life, bold yet faithful in spirit and those who loved him were all blessed when he was near. Ben loved the seven cats and two dogs he grew up with. Ben thoroughly enjoyed eating, especially spaghetti, Mexican food and The Red Bar. He loved sea kayaking and would paddle so far out that you lost sight of him. He loved watching The Office and Marvel Movies. Ben and his sister Sarah enjoyed a passion for music, especially the saxophone. We have many fond family memories of skiing, rafting and so many trips to Santa Rosa Beach. We were fortunate to have just spent six glorious days at the beach over Thanksgiving with our Baltimore family where he proved to be a master charades player. We were graced and blessed by his presence, his humor and his always famous pumpkin pies. Ben is survived by his parents, Steve and Patti Shellhaas, his siblings, Sarah, Sam and Ethan, grandmothers Lee Don and Carolyn Shellhaas, aunts and uncles Cindy (Chris) Dyer, Baltimore, MD Scott (Ann) Shellhaas, Atlanta, GA, Andrew Cox, Denver, CO and Lori (Greg) Battle and his cousins Will and Colin Dyer (Baltimore, MD), Nathan, Matthew and Noah Shellhaas (Atlanta, GA) and Kyle Law (Savannah, GA). He was preceded in death by his Grandfathers, Donald Dale Shellhaas, George Dale Don, James Lee Cox (Boulder, CO) and his great Grandmother and namesake, Vernell Bright Garrett (Andersonville, TN). A memorial service will be held Monday, January 10th, 2021 at 5:00 pm at Covenant Presbyterian Church. The Reverend Dr. William Dr. “Biff” Coker and the Reverend Dr. Sam Henderson will officiate. The family will receive friends from 4:00 - 5:00 PM at the church. Those desiring may make donations in Ben’s memory to Whiz Kids Georgia, Inc., Whitehall Forest at the Warnell School of Forestry at UGA, Dogwood Acres Retreat (Chipley, FL), YoungLife Albany or a charity of choice.

Benjamin Bright Shellhaas, 23, of Athens, Georgia passed away suddenly and unexpectedly yet peacefully while asleep Monday afternoon, November 29th, 2021 in Athens, Georgia. Ben was born December 2, 1997 and grew up in Albany, Georgia. He was... View Obituary & Service Information

The family of Benjamin Bright Shellhaas created this Life Tributes page to make it easy to share your memories.

Send flowers to the Shellhaas family.