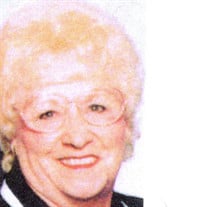 Anne Bentley Johnson, 88, of Seymour Southern Comforts in Bronwood died Wednesday, December 23, 2020 at Phoebe North. The funeral service will be held at 2:30 on Wednesday, December 30, at Cedar Hill Cemetery in Dawson, GA. Anne was born on September 7, 1932 in Dawson, GA. Her parents were James Robert and Mary Francis Bentley. She was a retired mathematics teacher. At her first job in Marietta, GA, she met her future husband, Gentry Johnson. She taught at Albany High and Westover High. She loved teaching math and working with her math teams, who won competitions all over the states of Georgia and Alabama. She was a Star Teacher in Dougherty County twice and for the state once. She taught for over 30 years and retired in 1992. She was a member of First Baptist Church for over 50 years. She was preceded in death by her parents, her mother and father-in-laws, her oldest sister, Elizabeth Bell, and her son-in-law, James K. Jefferson. She is survived by her two daughters, Debra McCurdy of Albany and Bonnie Jefferson of Bonifay, FL, and her baby sister, Emily Barfield of Shellman, GA. She is also survived by her three grandchildren, Jennifer (Joel) Howe of Kingman, AZ, David Jefferson of Bonifay, FL, and Laura McCurdy of Albany, three great grandchildren, Josalyn and Jasmine Howe of Kingman. AZ and Karsyn Jefferson of Bonifay, FL, a special niece, Sonja (Stephen) Griffin and a special nephew, Vince (Robin) Barfield. The family wants to give a special thanks to her caregivers of the last 8 years at Seymour Southern Comforts- Glenda Bronner, Linda Jackson, Tosha Green, and Susie Huckaby. Thanks also to Seymour Southern Comforts, where the owners and staff loved her like family. They would also like to give a special thanks to all of the doctors and nurses at Phoebe North on 2nd floor CCU for their loving care of Anne during the last 3 weeks of her life. Memorials may be made to Samaritan’s Purse for missions or to Phoebe North for personal protection equipment for the hospital staff.

Anne Bentley Johnson, 88, of Seymour Southern Comforts in Bronwood died Wednesday, December 23, 2020 at Phoebe North. The funeral service will be held at 2:30 on Wednesday, December 30, at Cedar Hill Cemetery in Dawson, GA. Anne was born on... View Obituary & Service Information

The family of Anne Bentley Johnson created this Life Tributes page to make it easy to share your memories.

Send flowers to the Johnson family.